The terrible news of director, author, critic and genuinely lovely man, Corrado Farina’s passing was announced yesterday.
I consider myself very fortunate to have befriended Corrado in the last year, he was without fail, overwhelmingly supportive and truly wonderful. His cinematic output was “limited” to two films Hanno and the better known Baba Yaga. Though Hanno was definitely his favourite, and rightfully so, as it’s a fantastic little film that is criminally overlooked. As well as being a husband, father, and grandfather, Corrado was a prolific writer and critic, most recently publishing his autobiography.
His kindness and enthusiasm will be sorely missed.

CB was having problems with it’s website, and after some background rejigging we took down all posts. Dragging my heels, I didn’t repost this piece he’d done for us in advance of our screening of his fantastic Hanno Cambiato Facci, back in October ’15. Here it is and here is will stay. 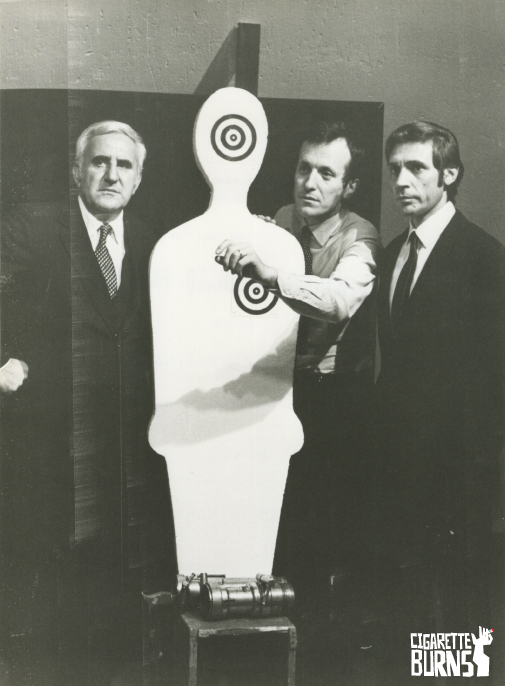 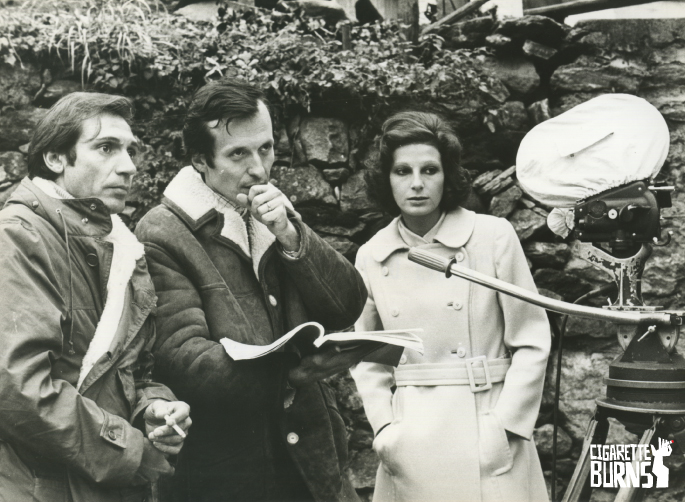 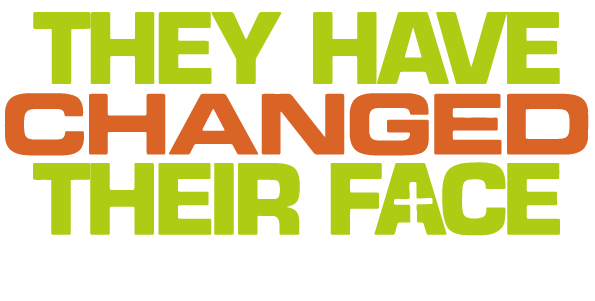 Hanno cambiato faccia grew from a co-operative society called “Filmsettanta” (“Movie70s”), based in Rome. I am originally from Turin, and wanted to shoot the film in my hometown for two main reasons: I knew I could find the right faces and locations amongst my trusted friends, and a film about vampires (although from quite a unique angle) should have a grey and misty atmosphere which is not as easily found in Rome. 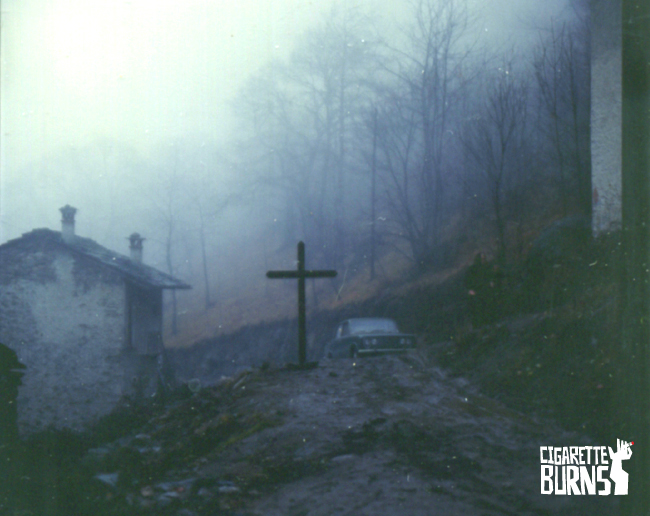 The Carpathians are quite far away, but the Piedmont Valleys resemble them more than the Highlands of Abruzzo in Rome. I believe that this was a winning choice: the foggy atmosphere of the landscapes, either those of the mountain village or those of the garden in the villa, is just exactly what I wanted. No artificial smoke could have created the sense of alienation that the fog gives us in scenes like the car chase with Fiat 500 in the park or the farewell between Laura and Alberto. Luck was on our side, and the DOP Aiace Parolin knows how to use it. If anything, the problem comes from the fact that the interiors of the villa are very modern (today we might call them post-modern), while the outside is clearly 18th century. 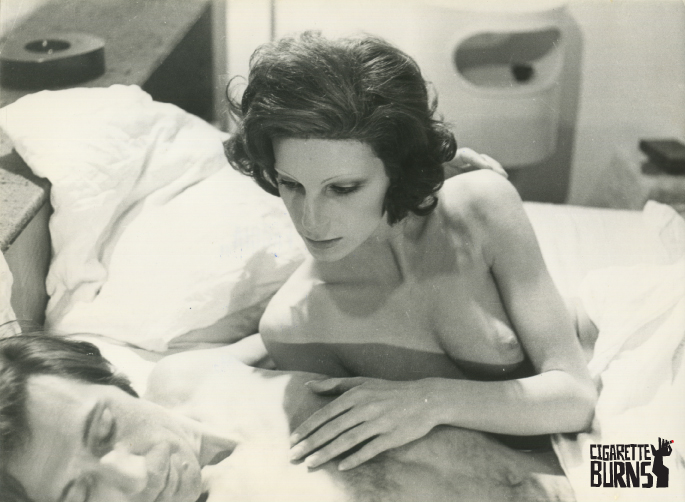 In order to give some semblance of justification to this contrast, Alberto says to Corinna during their night walk in the park: – Strange …! A villa so modern in a park so old … – to which Corinna replies – We make no differentiation between the past and the present… – One of the beautiful things about cinema is that while some dialogue or certain situations arise from unexpected circumstances, but they turn out to be successful with hindsight. 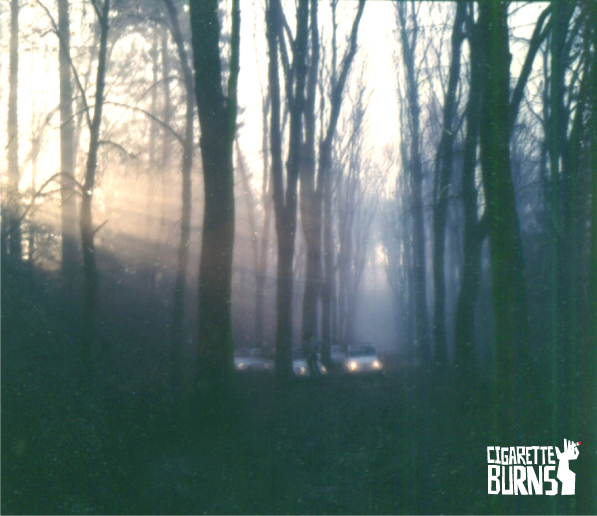 Originally, we asked Fiat for the cars to use in the film. Of course, they wanted to read the script, and after reading it they give us three cars for the scene of the arrival of vampires at the meeting, but they refused us the white 500’s constantly patrolling the park as watchdogs. They were not wrong: the fact that we turned them into killer cars is not one of the best examples of marketing. Instead, we were forced to rent them.
The idea of using Fiat 500s comes from the two motorcyclists in Jean Cocteau’s Orphée, but there are many other references drawn on from the history of cinema in the movie. For example, the idea of a meeting of vampires, comes from Roman Polanski’s The Fearless Vampire Killers, and from the same movie comes the original ending of the screenplay, later changed: Alberto flees from the villa together with Corinna and they are picked up by a taxi. When the taxi starts, the driver takes off his sunglasses, and he is Engineer Nosferatu: the taxi heads towards the gate of the villa, which closes behind them. The new ending is created to better emphasize the defeat of Alberto. 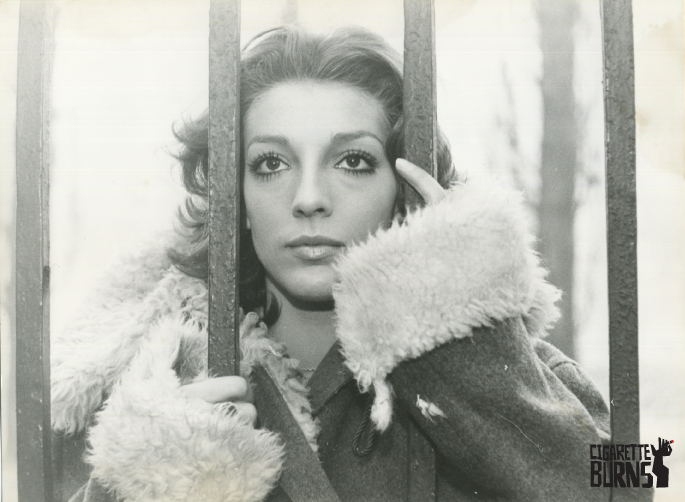 Screened at the Locarno International Film Festival in Switzerland, the film was greeted with applause before the curtain call, had a five column negative review from “L’Unità” newspaper, but then it was awarded the highest honour with the “Golden Leopard” (and I never knew how much the award was due to the stubbornness of Francesca Romana Coluzzi, who was on the jury and was in love with the film).
However, upon general release in cinemas, the film struggled to find an audience, and soon sunk into obscurity. It was not alone though: it seems to me that many of the films that were a product of anno domini 1968, either “pre” or “post” 1968, have perhaps aged badly and lost meaning very quickly: the blaze of revolt was too high and sudden, and was immediately overshadowed by the terrorist leanings of the “Wiki – Years of Lead”. 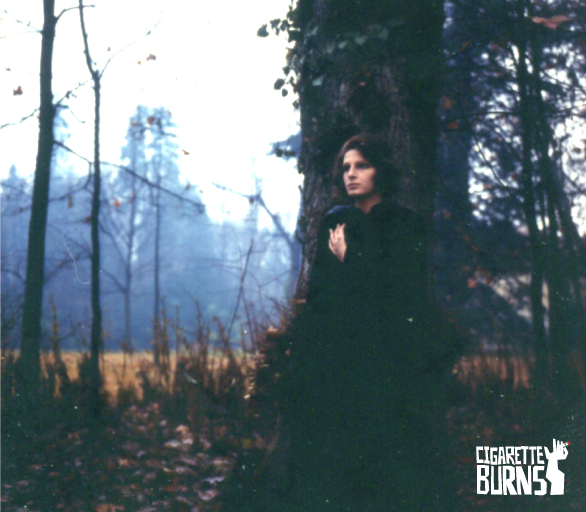 The exceptions are very few, possibly only one, Marco Bellocchio’s Fists in the Pocket which is the first film dealing with these themes. Re-examining today other films by Bellocchio, or some films of Samperi, Faenza, Bertolucci and Cavani (to keep it within Italy), we seem to see, so to speak, The Last Days of Pompeii, i.e. something that relates to a remote past which is difficult to understand now.
Hanno cambiato faccia is undoubtedly part of this bunch of combative and overambitious films, but was given a new lease of life from the Nineties, as it happened to my other film, Baba Yaga. It began to circulate with pirated copies from small local television channels, before being released on VHS and DVD. Beyond the merits and demerits, I believe that the reasons for this belated interest arise, at least in Italy, by the fact that in the public and political life of Italy appears a personality who seems to be the latest incarnation of the Engineer Giovanni Nosferatu for many. 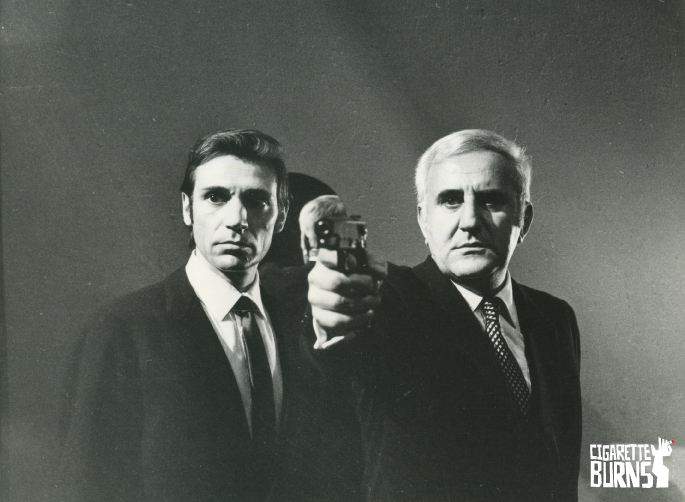 Even at the time of the film’s release, someone had written that the character seemed to be inspired by Gianni Agnelli: maybe it is true, but the references we limited to the surface, the first name, the use of a walking stick, the fact that the protagonist works in a car factory and that the watchdogs are Fiat 500 cars.
But Agnelli did not have control of private television and had never taken on institutional roles like Silvio Berlusconi. The character of Nosferatu as a metaphor of global power fits him like a glove, so that some dialogue of the film seems to be written specifically with him in mind:
NOSFERATU: Nosferatu: Our society needs men who can command … advice. In the end, people do not know what to eat, what to read, where to go on vacation, for which party to vote … I help them to know their real needs, their true desires, and I satisfy them… all of them!
Or later:
ALBERTO: – I’ll be out of here … I’ll go to the newspapers, to the police …
NOSFERATU: – The press belongs to me. The police belong to me …
ALBERTO: – Then I will throw bombs in your factories, will burn your warehouses down, will smash the windows of your supermarkets …
NOSFERATU: – Please… 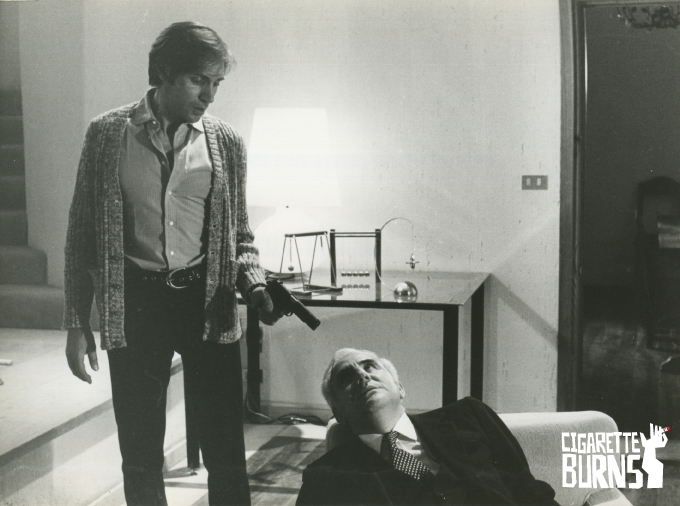 If the film does not deal with commercial television it is only because they did not exist in Italy at the time, newspapers were still the primary source of information (and therefore consumer conditioning) and young Berlusconi is still just a building contractor. But things have changed during the Nineties and the first decade of the new century: In 2001, to coincide with the G8 summit in Genoa and the raid on the Diaz school, now, even the joke about the police sounds ominous.
Ironically, the so-called “Il Cavaliere” has given my film a new lease of life. Sometimes They Come Back, just like Stephen King said.

(These notes, reduced for this screening, are part of a “moviegoer autobiography” I’m currently finishing writing. It will be published in 2016 by “Il Foglio” Press and will be about 75 years of love between me and the cinema, on both side of the screen). (C.F.)